To create online spaces that do not merely replicate existing hierarchies and reinforce unequal distributions of social, economic, cultural, and political power, we must move beyond the simplistic cliché of the unregulated public square and commit to the hard work of designing for democracy.

Online companies bear few duties under law to tend to the discrimination that they facilitate or the disinformation that they deliver. Consumers and members of historically marginalized groups are accordingly the likeliest to be harmed. These companies should bear the same, if not more, responsibili…

Scores of people have been talking about “cancel culture” and “Critical Race Theory” recently. However, what people mean when they use the terms varies wildly. This Essay analyzes the role that the digital public sphere has played in generating these examples of language on the move.

Privacy protections play a vital role in disrupting surveillance-caused subordination and should be at the forefront of efforts to reform digital and physical public space. Robust privacy protections empower marginalized groups to safely participate, while increasing heterogeneity within the public …

The Facebook Oversight Board: Creating an Independent Institution to Adjudicate Online Free Expression

This Feature documents the creation of the Facebook Oversight Board, an independent external body that provides appellate review of Facebook’s content-moderation decisions and policy recommendations. Should the Oversight Board gain legitimacy, it has tremendous precedential potential for democratizi…

Prove It! Judging the Hostile-or-Warlike-Action Exclusion in Cyber-Insurance Policies

Cyber-insurance policies often include a hostile-or-warlike action exclusion. The legal system is ill-equipped to handle the litigation that arises from coverage denials under this exclusion. This Essay explores the difficulties of accurately attributing attacks and adjudicating these insurance-cove…

New technology threatens the security of information about our intimate lives—our sexual privacy. This Article conceives of sexual privacy as a unique privacy interest that warrants more protection than traditional privacy laws offer. Instead, it suggests a new approach to protecting sexual privacy …

This Essay argues that that civil litigation between private parties in the data privacy space is shaping important privacy norms. Because no comprehensive data privacy law exists in the United States, litigants must rely on doctrines that are ill suited to the legal questions raised by the mass col…

Sovereign Difference and Sovereign Deference on the Internet

This Response to Andrew Woods makes two points. First, it shows why the “fragmentation” charge frequently levied against sovereignty-based approaches to internet governance is misplaced. Second, it questions the efficacy of Woods’s normative theory of judicial comity.

Internet disputes increasingly occur across borders. The key question, this Article contends, is not whether states can exert control over data, but rather the shape their exercises of sovereign power will take. Given this reality, application of sovereign-deference doctrines represents the best hop…

Googling for Meaning: Statutory Interpretation in the Digital Age

Dictionary use has become a common practice in modern statutory interpretation at the Supreme Court.1 With the rise of the “new textualism,”2 Justices increasingly rely on dictionaries to shed light on the plain meaning of statutes—that is, the understanding that an ordinary Engli…

In Defense of Due Diligence in Cyberspace

Introduction Recent events such as the attack on Sony by North Korea and revelations that Russians hacked President Obama’s e-mail have drawn attention to the dilemma of harmful transborder state and non-state cyber operations against government and private cyber infrastructure.1 Academ…

Neither a Customer Nor a Subscriber Be: Regulating the Release of User Information on the World Wide Web

Why the IRS Has Not Taxed Income from Virtual World Transactions . . . Yet

Millions of people participate in virtual worlds—immersive online forums such as Second Life and World of Warcraft (WoW). While some online activities lack significant economic implications, one of the attractions of Second Life, which is designed to be a commercial platform, is the prospect of ma…

Second Life is a feudal society. No, not metaphorically. Literally. Two problems have preoccupied scholars of virtual world law: What is the political relationship between developers and users? And: Should we treat in-world objects as property? We can make progress on both questions by recognizing …

Reputation as Property in Virtual Economies

The Pocket Part is proud to present our second symposium issue of the academic year, which examines  legal issues surrounding the growing presence and influence of virtual worlds.  This week presents the second and final part of the two issue symposium.

Escape Into the Panopticon: Virtual Worlds and the Surveillance Society

The Eye: that horrible growing sense of a hostile will that strove with great power to pierce all shadows of cloud, and earth, and flesh, and to see you: to pin you under its deadly gaze, naked, immovable. Introduction Suppose that you move to a new town. To buy your home, you must allow the devel…

This Note considers the rising trend of anonymous online harassment and the use of John Doe subpoenas to unmask anonymous speakers. Although anonymity often serves as an important shield for valuable speech, it also protects online harassment that can chill or completel… 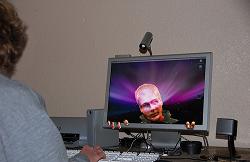 Why Hollywood Does Not Require “Saving” From the Recordkeeping Requirements Imposed by 18 U.S.C. Section 2257 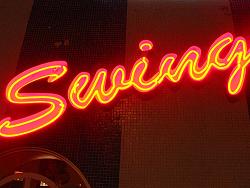 The Wealth of Networks: How Social Production Transforms Markets and Freedom

The forthcoming Federal e-discovery Rules are a welcome advance, but they do not address all of e-discovery’s challenging issues. For example, how should the law treat instant messaging (IM) or other forms of real-time communications? When must organizations or individuals preserve dynamic data su…

This Note builds on Larry Lessig's famous formulation that "code is law" to argue that Lessig was wrong to equate computer software with physical architecture. Although software resembles both law and architecture in its power to constrain behavior, it has features that dis…

The Law and Economics of Reverse Engineering

Reverse engineering has a long history as an accepted practice. What it means, broadly speaking, is the process of extracting know-how or knowledge from a human-made artifact. Lawyers and economists have endorsed reverse engineering as an appropriate way to obtain such info…

Building on work in architectural theory, Professor Katyal demonstrates how attention to cities, neighborhoods, and individual buildings can reduce criminal activity. The field of cyberlaw has been transformed by the insight that architecture can regulate behavior in cybersp…

The Internet and the Dormant Commerce Clause

In this Essay, I have discussed the phenomenon of group polarization and explored some of its implications for deliberation generally and deliberative democracy in particular. The central empirical finding is that group discussion is likely to shift judgments toward a more ext…

The Tax Revolution of the American Rescue Plan Act

Bankruptcy and Restructuring in Response to Exogenous Shocks