This Essay argues that the 2017 Tax Act provides neither an effective nor stable solution to the nation’s economic and fiscal challenges.

The 2017 Tax Act significantly changed the U.S. international tax regime. The legislation, however, failed to solve existing problems and opened the door to new ones. This Essay addresses these shortcomings, and outlines recommendations for a better approach.

International Cooperation and the 2017 Tax Act

The Tax Cuts & Jobs Act moves the United States from a worldwide system of taxation to a quasi-territorial regime. This Essay reviews these changes and reflects on their likely effect on cross-border financing structures.

The Social Meaning of the Tax Cuts and Jobs Act

The 2017 Tax Act reflects values that were not openly debated in the legislative process. This Essay unearths these values and argues that justice in taxation is impossible without a full and honest evaluation of the law’s underlying principles.

Corporate inversions have drawn outrage from all segments of society. In an inversion, a company reincorporates abroad to escape its U.S. tax burden. Regulators and academics have typically sought tax law solutions to curb tax inversions. However, the resulting tax regu…

The Jurisdictional Question in Hobby Lobby

Burwell v. Hobby Lobby Stores, Inc. may well be the biggest case of the past Term.1 But by its own rules, the Supreme Court lacked jurisdiction to decide the case. An obscure statute, the Anti-Injunction Act of 1867 (AIA), imposes a pay-first requirement on federal tax challenges. The deeply…

A Brief Sur-Reply to Professors Graetz and Warren

Professors Ruth Mason and Michael Knoll defend their interpretation of the tax-discrimination jurisprudence of the Court of Justice of the European Union, arguing that the nature of their project has been misunderstood by Professors Michael Graetz and Alvin Warren. In Mason and Knoll’s view, competi…

A spate of new research suggests that the salience of a tax dramatically shapes taxpayer behavior: the more salient a tax—i.e., the more prominent a good’s after-tax price—the more taxpayers respond. Policymakers make decisions about tax salience, whether they intend to or n…

What Is Tax Discrimination?


Prohibitions of tax discrimination have long appeared in constitutions, tax treaties, trade treaties, and other sources, but despite their ubiquity, little agreement exists as to how such provisions should be interpreted. Some commentators have concluded that tax discrimina…

Income Tax Discrimination: Still Stuck in the Labyrinth of Impossibility

In previous articles, we have argued that the European Court of Justice’s reliance on nondiscrimination as the basis for its decisions did not (and could not) satisfy commonly accepted tax policy norms, such as fairness, administrability, economic efficiency, production o…

In view of the billions of dollars and enormous effort that might otherwise be wasted, the public interest will be best served if the Supreme Court of the United States reaches the merits of the present challenges to the Patient Protection and Affordable Care Act (ACA) during its October 2011 Term. …

Common Control and the Delineation of the Taxable Entity

This Note proposes a solution to what has been one of the most vexing problems in state corporate taxation and in multijurisdictional taxation generally: the delineation of the scope of the entity that an individual jurisdiction is entitled to tax. Starting from the observa…

Bad News for Professor Koppelman: The Incidental Unconstitutionality of the Individual Mandate

In Bad News for Mail Robbers: The Obvious Constitutionality of Health Care Reform, Professor Andrew Koppelman argues that the individual mandate in the Patient Protection and Affordable Care Act is constitutionally authorized by the Necessary and Proper Clause. This view is fundamentally wrong. The …

Winn and the Inadvisability of Constitutionalizing Tax Expenditure Analysis

A Winn for Educational Pluralism

Over the past decade, scholarship tax credit programs, like the one at issue in Arizona Christian School Tuition Organization v. Winn, have emerged a…

The Supreme Court may be headed for its most dramatic intervention in American politics—and most flagrant abuse of its power—since Bush v. Gore. Challenges to President Obama’s health care law have started to work their way toward the Court and have been sustained by two Republican-appointed distric…

One of the principal determinants of an asset’s return is its liquidity—the ease with which the asset can be bought and sold. Liquid assets yield a lower return than do otherwise comparable illiquid assets. This Article demonstrates that an income tax alters the tradeoff…

Should Tax Rates Decline with Age?

The Taxing Power, The Affordable Care Act, and the Limits of Constitutional Compromise

After a quiet century or so, the scope of Congress’s power “[t]o lay and collect taxes” is once again in the news. The taxing power was at issue when the Supreme Court issued a decision that President (and Chief Justice) Taft would later call the worst injury to the Court’s reputation ever, …

Parents often create a family limited partnership (FLP) or similar entity to provide a vehicle for cohesive management of assets, secure some measure of creditor protection, or create a common pool for investment in marketable securities. FLPs generally encumber their members’ interests with restr…

Conditional Taxation and the Constitutionality of Health Care Reform

The recent enactment of major health care reform legislation has brought with it a welter of constitutional challenges to the legislation and its key provisions. Attorneys General in more than a dozen states have already filed suits seeking to enjoin the operation of the statute, arguing that its re…

Millions of people participate in virtual worlds—immersive online forums such as Second Life and World of Warcraft (WoW). While some online activities lack significant economic implications, one of the attractions of Second Life, which is designed to be a commercial platform, is the prospect of ma…

Why the IRS Has Not Taxed Income from Virtual World Transactions . . . Yet

Should We Tax Sovereign Wealth Funds?

The rise of significant inbound capital flows originating from sovereign wealth funds (SWFs) has occasioned a debate over the appropriate regulatory and tax treatment of these funds. In particular, it has been argued that the tax exemption currently enjoyed by SWFs confers an advantage on these enti…

The Estate Tax Fundamentals of Celebrity and Control 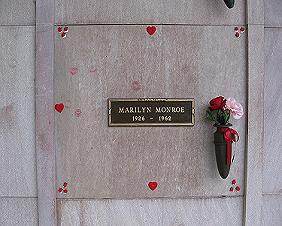 From the Court’s Docket: DaimlerChrysler Corp. v. Cuno and the European Experience

Nearly every state uses tax incentives to attract local investment. Do such incentives discriminate against interstate commerce in violation of the dormant Commerce Clause? The Supreme Court now confronts this question in DaimlerChrysler Corp. v. Cuno (oral arguments on March 1). If the Court takes …

Income Tax Discrimination and the Political and Economic Integration of Europe

Limiting the Federal Forum: The Dangers of an Expansive Interpretation of the Tax Injunction Act

In Henderson v. Stalder, the Court of Appeals for the Fifth Circuit held that the Tax Injunction Act (TIA) of 1937 prevents the federal courts from exercising jurisdiction over any case in which a victory for the plaintiff might reduce state revenues. In reaching this resul…

The book-tax accounting gap allows corporations to minimize their earnings for tax purposes while maximizing them in reports to investors, all within the letter of the law. Although the U.S. Treasury has reported the rising divergence between book and taxable income with alar…

Jurisdictional Competition for Trust Funds: An Empirical Analysis of Perpetuities and Taxes

This Article presents the first empirical study of the domestic jurisdictional competition for trust funds. To allow donors to exploit a loophole in the federal estate tax, since 1986 a host of states have abolished the Rule Against Perpetuities as applied to interests in tru…

Pension cognoscenti have frequently remarked on the stagnation of defined benefit pensions and the concomitant rise of defined contribution plans. This Article suggests that over the last generation something more fundamental, which can justly be called a paradigm shift, has…

Pity J. Michael Maginnis. In 1991, he had the misfortune to win $9 million in the lottery. Five years later, he sold his remaining winnings--fifteen annual payments of $450,000 each--to Woodbridge Financial Corporation for a $3.95 million lump sum. He reported this payment o…

The Integration of Tax and Spending Programs

This Article provides a theory for deciding when a spending program should be implemented through the tax system. The decision is traditionally thought to be based on considerations of tax policy. The most common theories are the comprehensive tax base theory and the tax expe…

We are now in a quiet interlude awaiting the next serious political debate over the nation's tax system. No fundamental tax policy concerns were at stake in the 2002 disputes over economic stimulus or the political huffing and puffing about postponing or accelerating the inco…

Why Tax the Rich? Efficiency, Equity, and Progressive Taxation

In Greek mythology, Atlas was a giant who carried the world on his shoulders. In Ayn Rand's 1957 novel Atlas Shrugged, Atlas represents the "prime movers"--the talented few who bear the weight of the world's economy. In the novel, the prime movers go on strike against the o…

Announcing the First-Year Editors of Volume 131

The Insular Cases in Light of Aurelius

Constructing Countervailing Power: Law and Organizing in an Era of Political Inequality

The Problem with Public Charge