Ralph Baxter explains how state bars can alleviate America’s access-to-justice crisis by opening up the justice system to let more people participate. Baxter argues that America has the resources to serve everyone, contends that state bars have a duty to unleash those resources, and prescribes a pro…

The Pitfalls and False Promises of Nonlawyer Ownership of Law Firms

Whether nonlawyers should have ownership roles in law firms is a hotly debated topic. This Essay argues against rewriting existing ethical rules to permit nonlawyer ownership because it both fails to solve the access-to-justice problem, as advocates claim it will, and threatens the independence of t…

The Overreach of Limits on “Legal Advice”

Pluralism, Polarization, and the Common Good: The Possibility of Modus Vivendi Legal Ethics

Scholars and critics of the legal profession often call on lawyers to represent clients in the public interest or with due regard for justice. However, in a climate of intense political polarization, rule-of-law values are of paramount significance for legal ethics.

This Essay explores the ethics and politics of extrajudicial activities from a distinctly historical perspective. While others have written about judges and their political and extrajudicial endeavors, this Essay situates its discussion within the evolution of judicial ethics codes, beginning in ant…

Staying Off the Sidelines: Judges as Agents for Justice System Reform

Chief Justice Bridget McCormack argues there is no ethical obstacle to judges working to improve the justice system. To the contrary: although ethical constraints limit the form of their advocacy, effective law reform depends on judges’ contributions and they are ethically obligated to improve the j…

A Flood of Judicial Lobbying: Amicus Influence and Funding Transparency

This Essay explores how amicus briefs became a tool for coordinated judicial lobbying by dark-money interests. I show how current funding-disclosure rules for amici fail to provide genuine transparency—undermining fairness—and discuss reforms that could improve the judiciary’s amicus-disclosure regi…

Lawyer lies designed to sabotage valid election results are not protected political speech under the First Amendment. Ethics rules governing candor and frivolous litigation require sanctions, if not disbarment. Moreover, the duty of candor should be extended from the courthouse to the public square …

When lifesaving medical treatments are scarce, disability law permits triage policies to consider patients’ probability of survival and post-treatment life expectancy. Evidence-based triage that considers these factors, rather than inaccurate stereotypes, can be not only legal and ethical, but conso…

Examining the Case for Socialized Law

In Equal Justice: Fair Legal Systems in an Unfair World, Frederick Wilmot-Smith argues that it is only by deprivatizing markets for legal services that we can ever hope to achieve equal justice. This Book Review explains why his bold prescription is worthy of serious examination and critical debate.…

Who Gets the Ventilator? Disability Discrimination in COVID-19 Medical-Rationing Protocols

The coronavirus pandemic has forced us to take the threat of rationing life-saving treatments seriously. Many health systems employ protocols that explicitly deprioritize people for these treatments based on pre-existing disabilities. This argues that such protocols violate the Americans with Disabi…

Transcending the Stigma of a Criminal Record: A Proposal to Reform State Bar Character and Fitness Evaluations

This Essay is rooted in the author’s experience as a formerly justice-involved individual who overcame numerous barriers to become an attorney and advocate. It argues that bar associations should use a conditional-approval process that informs applicants whether the bar intends to admit them before …

Attorney for the Day: Measuring the Efficacy of In-Court Limited-Scope Representation

Using a unique dataset, this Note studies the impact of limited-scope representation and finds that unbundling legal services is an effective way to combat the civil-litigation justice gap. Based on those results, the Note recommends solutions that will both serve those who lack counsel and respect …

How To Think About Law as Morality: A Comment on Greenberg and Hershovitz

Introduction In philosophy, we can sometimes hope to make progress just by looking at old issues in new ways. The hope is that we might see familiar facts and controversies differently and understand them better for it. In their recent Essays, Mark Greenberg and Scott Hershovitz make the …

In recent terms the Supreme Court has attempted to carve out remedies for habeas petitioners with negligent lawyers. This Note explores the analysis used by the Court in these cases and applies a novel descriptive model to explain how the Court has applied two different mod…

This Essay argues that the current ethical rules governing U.S.-based law firms are no longer adequate to meet the needs of commercial clients operating in multiple jurisdictions and that what is required is a single and uniform regulatory system for lawyers practicing in the United States. The Essa…

The Gang of Thirty-Three: Taking the Wrecking Ball to Client Loyalty

The attempts by some in the Bar to compromise client loyalty on the altar of law firm profits per partner is both unceasing and depressing. The proposals from many law firm General Counsels to change the Model Rules of Professional Conduct are particularly unflattering to the proponents and undermin…

This Essay takes the Supreme Court’s recent decision in Connick v. Thompson as a point of departure for examining the efficacy of professional responsibility measures in combating prosecutorial misconduct. John Thompson, the plaintiff in Connick, spent fourteen years on death row because prosecutors…

Federal prosecutors are subject to a bewildering array of ethical regulations ranging from state ethical codes to local rules adopted by federal courts to the internal policies of the Department of Justice. The inconsistent and overlapping application of these ethical rul…

Integrity and the Incongruities of Justice: A Review of Daniel Markovits's A Modern Legal Ethics: Adversary Democracy in a Democratic Age

Corruption in Our Courts: What It Looks Like and Where It Is Hidden

Recent surveys and events indicate that judicial corruption could be a significant problem in the United States. This Note builds an economic model of bribery to better understand the incentives behind this pernicious phenomenon. It then compiles a data set of discover…

Protecting a Business Entity Client from Itself Through Loyal Disclosure

Many attorneys are unaware of or misunderstand an important tool they can use to protect their business organization clients: the ability to disclose the client’s confidences. In jurisdictions with “loyal disclosure” rules—rules adopted by the Securities and Exchange Commission and the Ameri…

The Office of Professional Responsibility (OPR), housed within the U.S. Department of Justice (DOJ), investigates alleged misconduct by federal prosecutors and other DOJ personnel. Under the Bush administration, even when OPR found serious prosecutorial misconduct, DOJ kept the disciplinary investig…

The Pocket Part is proud to present our final symposium issue of the academic year, examining reoccuring and novel issues surrounding the ethical responsibilities faced by lawyers. 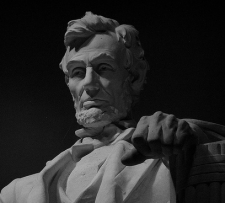 In Praise of the Supporting Cast

F.S. Oliver observed almost a century ago that a typical lawyer’s professional “experience of human affairs is made up of an infinite number of scraps cut out of other people’s lives.” Even as the lawyer’s professional life is immensely various, it remains at the same time absolutely vicar…

Making the Advice of Counsel Defense Available for Corporate Directors

Executives Do Not Need Waivers and Companies Should Not Offer Them: A Response to Mark Kressel

Although Mark Kressel’s proposal is novel, provocative, and even enticing, it is ultimately unnecessary and unworkable to suggest that a corporation and its high-level executives should agree, at the very commencement of their relationship, to waive the corporation’s attorney-client privilege wh…

Notable American jurists and scholars have advanced an approach to contract enforcement that would render breach legally and morally uncontestable, assuming compensation follows. Much of the justification for this endeavor has rested upon claims of judicial and economic effic…

Following Reva Siegel and Robert Post’s profound consideration of constitutional structure and democratic legitimacy, one hesitates to bring up something so pedestrian as the Code of Conduct for United States Judges. Still, legal ethics principles do have some bearing on the scope of Supreme Court…

Gideon in White/Gideon in Black: Race and Identity in Lawyering

Traditionally, poverty lawyers, criminal defenders, and clinical teachers have overlooked John Hart Ely's theory of judicial review in teaching the lawyering process and in representing impoverished clients and their communities. But the egalitarian themes of Ely's work on j…

Lawyers surely understand sacrifice. The business of representation requires a willingness to subjugate, at least temporarily, one's own priorities, beliefs, and comforts to those of another. Today, that willingness is tested and demanded with unprecedented force. Corporate l…

An Old Judicial Role for a New Litigation Era

Because litigation has changed so dramatically in the last half century, scholars tend to view contemporary civil procedure as raising new problems that require new solutions. We have overlooked that many of these problems can be explained, and even resolved, using an age-old …

Chaos and Rules: Should Responses to Violent Crises Always Be Constitutional?

This Article suggests that legal models that have been traditionally invoked in the context of fashioning responses to emergencies may not always be adequate. Rather, there may be circumstances when the appropriate method of tackling grave threats entails going outside the l…

Method and Principle in Legal Theory

The Practice of Principle is an excellent book that practically overflows with interesting and original arguments. Coleman is a superb analytical philosopher, as every page of the book attests. This is one of the most important contributions to legal theory to come along in …

Bush v. Gore and the Boundary Between Law and Politics

Shortly after the Supreme Court's 5-4 decision in Bush v. Gore, one member of the majority, Associate Justice Clarence Thomas, addressed a group of students in the Washington, D.C., area. He told them that he believed that the work of the Court was not in any way influenced…

Reply: Notions of Fairness Versus the Pareto Principle: On the Role of Logical Consistency

In other writing, we advance the thesis that legal policies should be evaluated solely on the basis of their effects on individuals' well-being, meaning that no independent evaluative weight should be accorded to notions of fairness. In that work, we consider a variety of pr…

Announcing the Editors of Volume 133