The Tragedy and Promise of Self-Determination

The principle of self-determination, like Janus, has two faces: negative and positive. Often understood as enabling the fracture of states into national components, the principle is better seen as facilitating the creation of multinational frameworks that foster toleration and human rights.

Climate Change and Challenges to Self- Determination: Case Studies from French Polynesia and the Republic of Kiribati

This Essay examines effects of climate change and related phenomena on self-determination through two case studies. The case of French Polynesia highlights effects on people’s right to freely dispose of their natural resources. The case of the Republic of Kiribati demonstrates how a defeatist narrat…

The Multiple Selves of Economic Self-Determination

This Essay contends that dyadic understandings of economic self-determination, formed in light of earlier anticolonial struggles, are no longer sufficient. It argues instead for a plural and flexible conception, centered on a broader vision of the economic “self,” that more accurately reflects sourc…

Over the past three years, the number of human tragedies on the Mediterranean Sea has reached an unprecedented level.1 The now-iconic image of a German rescue worker cradling a drowned migrant baby in his arms in the sea between Libya and Italy remains a disturbing reminder of the…

Introduction Investigating war crimes is a messy business. It is difficult and dangerous. International criminal tribunals charge powerful individuals, including heads of state and leaders of armed forces, whose personal resources may well exceed the annual operating budget of the invest…

Science and Harm in Human Rights Cases: Preventing the Revictimization of Families of the Disappeared

Introduction International human rights law and the jurisprudence of the Inter-American Court of Human Rights obligate states to investigate cases of forced disappearance (also called enforced disappearance) until the victim has been found and identified.1 However, neither specifies th…

Antislavery Courts and the Dawn of International Human Rights Law

Between 1817 and 1871, bilateral treaties between Britain and several other countries (eventually including the United States) led to the establishment of international courts for the suppression of the slave trade. Though all but forgotten today, these antislavery courts …

A Radical Rejection of Universal Jurisdiction

I want to look at the universal jurisdiction principle of Noah Feldman’s proposed minimum legal cosmopolitanism from the following hypothetical perspective. Suppose I were a voting member of an international organization considering whether to recognize this principle as binding international law…

Understanding the Distinct Function of the Combatant Status Review Tribunals: A Response to Blocher 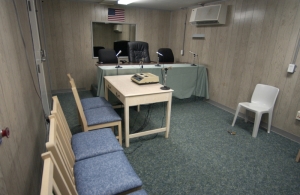 The Dangers and Demands of Cosmopolitan Law

In a recent essay in this Journal, Noah Feldman describes his conception of a “cosmopolitan law” and offers several theories of how such law could be applied. These theories explain when a liberal state may—and should—apply its law to the acts of foreigners in foreign lands. In this Response…

The Quest for a Higher Law

Noah Feldman’s “cosmopolitan law” is, I think, a revised version of what has been sometimes called the law of nations, international law, and transnational law. Each, as originated, was a quest for a higher law that would interpret, supplement, and sometimes limit the law and power of states. …

On June 16, 2006, the Appeals Chamber for the International Criminal Tribunal for Rwanda (“ICTR”) took judicial notice of the Rwandan genocide as a “fact of common knowledge” in Prosecutor v. Karemera. Though this unprecedented move originated from good intentions, it will prove to be a harm…

Legal theorists are engaged in understanding the legitimacy of techniques by which principles of rights-holding travel across borders. Sovereigntists in the United States object to that migration. The history of both protest about and the incorporation of "foreign" law provi…

The Responsibility To Protect: The U.N. World Summit and the Question of Unilateralism

More than a decade after the world did nothing to halt genocide in Rwanda, and in the shadow of ongoing atrocities in Darfur, Sudan, the international community recently made a new commitment to protect populations from genocide, war crimes, ethnic cleansing, and crimes agai…

Drawing on archival sources, this Note explores an early experiment in humanitarian intervention undertaken by the Court of Vice Admiralty at Sierra Leone through the suppression of the West African slave trade during the early decades of the nineteenth century. Part I discu…

Does a homosexual asylum seeker need to prove he is "gay enough" to win protection from a U.S. court? Increasingly, and troublingly, the answer is yes. In In re Soto Vega, the Board of Immigration Appeals (BIA) denied a gay man's application for asylum because he appeared to…

Human rights law has a problem with religion. In a postmodern world in which the nation-state has been deconstructed and eighteenth- and nineteenth-century notions of unmediated national sovereignty have been properly put to rest, religion--and its attendant category, cultur…

Do countries comply with the requirements of human rights treaties that they join? Are these treaties effective in chan- ging changing states' behavior for the better? This Article addresses these questions through a large-scale quan- titative analysis of the relationship be…

Corporations and Human Rights: A Theory of Legal Responsibility

The path of international law over the last century has been one of increasing both the breadth and the depth of its coverage. Its breadth has grown through the addition of new areas for regulation, whether the environment, telecommunications, health, or human rights; and its…

The "animal rights" movement is gathering steam, and Steven Wise is one of the pistons. A lawyer whose practice is the protection of animals, he has now written a book in which he urges courts in the exercise of their common-law powers of legal rulemaking to confer legally en…