Federal courts have long resolved intercircuit suppression disputes using a choice-of-law framework and applying the precedent of the circuit where the search occurred. This Comment shows that this approach is fundamentally mistaken. Choice-of-law problems only arise when different laws, not differe…

There is no formal, federal reporter’s privilege against disclosing confidential information. Drawing on new historical sources, this Article shows how all three branches of government have deployed a variety of de facto protections for reporters. These conclusions enrich our understanding of whethe…

The existing approaches to conflicts of state search-and-seizure laws are either theoretically or practically flawed. When a search implicates multiple states’ laws, courts should undertake a two-step analysis. First, they should determine whether a conflict exists; and second, they should apply the…

Statistical evidence is crucial throughout disparate impact’s three-stage analysis: during (1) the plaintiff’s prima facie demonstration of a policy’s disparate impact; (2) the defendant’s job-related business necessity defense of the discriminatory policy; and (3)…

Machines play increasingly crucial roles in establishing facts in legal disputes. Some machines convey information—the images of cameras, the measurements of thermometers, the opinions of expert systems. When a litigant offers a human assertion for its truth, the law subjects…

In September 2016, the President’s Council of Advisors on Science and Technology (PCAST) released a report questioning the validity of a number of forensic science techniques routinely offered as evidence (“PCAST Report”). This report raises familiar issues and recommendations. In 2009, the National…

Oral Tradition and the Kennewick Man

In April 2016, the U.S. Army Corps of Engineers confirmedthat the ancient human body discovered in 1996 near Kennewick, Washington,often referred to as the “Kennewick Man” or “The Ancient One,” is geneticallyrelated to modern-day Native Americans. Thisconfirmation ended a twenty-year-long struggle b…

The Supreme Court’s recent Utah v. Strieff decision declined to apply the exclusionary rule to evidence seized as a result of an arrest that followed an unconstitutional stop. The opinion, in conjunction with Justice Sotomayor’s dissent, has reanimated discussions regarding when, if ever, criminal d…

Introduction Investigating war crimes is a messy business. It is difficult and dangerous. International criminal tribunals charge powerful individuals, including heads of state and leaders of armed forces, whose personal resources may well exceed the annual operating budget of the invest…

Evidence-Based Sentencing and the Taint of Dangerousness

Today’s world is “all about the data.”1 In a variety of contexts, innovators have offered statistical models as a way to reduce or eliminate human error.2 The promise of quantitative optimization has even influenced our criminal justice system. About twenty states have developed or a…

Cost-Benefit Analysis of Financial Regulations: A Response to Criticisms

In two recent articles, we urged financial regulators to use cost-benefit analysis (CBA) to evaluate financial regulations.1 John Coates has emerged as a leading critic of this view.2 In this essay, we respond to his objections. We make several points. First, Coates conflates two separate …

I. what government doesn’t know Cost-benefit analysis is best understood as a way for agencies to ensure that their decisions are informed—that they are based on knowledge about likely consequences, rather than on dogmas, intuitions, hunches, or interest-group pressures.1 But when agen…

Introduction Since the 1980s, the FBI has issued documents referred to as National Security Letters (NSLs), which demand data from companies—including financial institution records and the customer records of telephone companies and communications service providers—for foreign intellig…

Riley's Implications for Fourth Amendment Protection in the Cloud

In June 2014, the Supreme Court unanimously held in Riley v. California1 that the digital content of cell phones does not fall within the search-incident-to-arrest exception to the Fourth Amendment’s prohibition against unreasonable searches. The Court provided a clear answer “to the qu…

This Term in Hall v. Florida the Supreme Court held a portion of Florida’s death penalty statute unconstitutional under the Eighth and Fourteenth Amendments.1 Specifically, the Court invalidated Florida’s rigid system for determining whether a capital defendant is intellectually disabled…

Reconceptualizing the Burden of Proof

The preponderance standard is conventionally described as an absolute probability threshold of 0.5. This Essay argues that this absolute characterization of the burden of proof is wrong. Rather than focusing on an absolute threshold, the Essay reconceptualizes the preponder…

Courts have historically regulated the use of character in trials because of its
potential to prejudice juries. In order to regulate this type of proof, courts must be able to
recognize what is and is not character evidence, but past attempts to define character in the law
of …

When Machines Are Watching: How Warrantless Use of GPS Surveillance Technology Violates the Fourth Amendment Right Against Unreasonable Searches

Federal and state law enforcement officials throughout the nation are currently using Global Positioning System (GPS) technology for automated, prolonged surveillance without obtaining warrants. As a result, cases are proliferating in which criminal defendants are challenging law enfor…

Unchaste and Incredible: The Use of Gendered Conceptions of Honor in Impeachment

This Note demonstrates that the American rules for impeaching witnesses developed against a cultural background that equated a woman’s “honor,” and thus her credibility, with her sexual virtue. The idea that a woman’s chastity informs her credibility did not originate in …

Police Pretext as a Democracy Problem

Democracy, at the very least, requires that the dangerous branches of government—like the executive and law enforcement—be accountable to the people or their representatives. Ignoring claims of police pretext, as our Fourth Amendment jurisprudence currently does, creates a barrier to that accoun…

On Rights and Responsibilities: A Response to The Problem with Pretext

Eric Citron’s piece, Right and Responsibility in Fourth Amendment Jurisprudence: The Problem with Pretext, gets some things quite wrong, but it gets one important thing right—that our Fourth Amendment law is all about what suspects do and very little about what police do. Citron starts from the…

Funny, isn’t it, that “pretext” is a dirty word, a liability-conferring word, in an employment discrimination case, or a fraud case, but that in Fourth Amendment jurisprudence the word has been given a free pass? That, to use Eric Citron’s phrase, the word even seems to open up a “liberate… 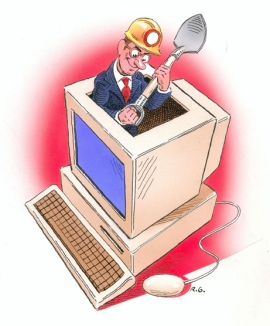 The forthcoming Federal e-discovery Rules are a welcome advance, but they do not address all of e-discovery’s challenging issues. For example, how should the law treat instant messaging (IM) or other forms of real-time communications? When must organizations or individuals preserve dynamic data su…

A CSI Writer Defends His Show

As a former crime scene investigator, I was once called to testify on the stand in a criminal trial. Before giving my testimony, I had to explain to the jury the responsibilites and qualifications of forensic scientists in the criminal justice system. Now, five years later, prosecutors are complaini…

The CSI Effect: Fact or Fiction 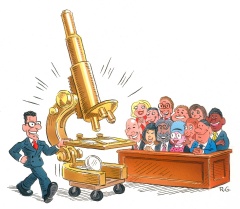 Is the CSI Effect Good Science?

The New Electronic Discovery Rules: A Place for Employee Privacy?

The new procedures for electronic discovery might encourage companies to spy on their own workers. To prevent that from happening, I argue that courts should apply the new rules—which will likely take effect in December—in a way that discourages the abuse of surveillance technologies and protect…

Appellate Review and the Exclusionary Rule

Are Police Free To Disregard Miranda?

This Article contends that the common understanding of Miranda as a direct restraint on custodial interrogation by police is mistaken. Instead, Miranda, like the privilege against compulsory self-incrimination that serves as its constitutional foundation, is a rule of admissi…

The Tax Revolution of the American Rescue Plan Act

Bankruptcy and Restructuring in Response to Exogenous Shocks