Carson v. Makin was yet another defeat for progressives in a brutal term. But just how bad was it? This Essay examines how Democratic lawmakers in Maine have already neutralized the ruling, teaching important lessons about how concerned Americans can best resist the Court’s conservative supermajorit…

When Religion and the Public-Education Mission Collide

Recently, the Supreme Court has chosen education as the primary stomping ground for rewriting Free Exercise Clause doctrine. It has framed education policies that prevented public funds from promoting religious indoctrination as discrimination. In the process, it has created a new victim—educational…

Introduction I come to this important Title IX Conversation from a unique perspective. This is not because I was a federal judge for seventeen years. Rather it is because before my judgeship, I was a feminist litigator and a criminal defense lawyer. And from this vantage point, my concern…

For the Title IX Civil Rights Movement: Congratulations and Cautions

On September 25, 2015, the Yale Law Journal held a “Conversation on Title IX” that confirmed the existence of a new civil rights movement in our nation and our schools. The movement’s leaders are smart, courageous survivors of gender-based violence—virtually all of whom are current un…

Winn and the Inadvisability of Constitutionalizing Tax Expenditure Analysis

A Winn for Educational Pluralism

Over the past decade, scholarship tax credit programs, like the one at issue in Arizona Christian School Tuition Organization v. Winn, have emerged a…

The Common School Before and After Brown: Democracy, Equality, and the Productivity Agenda

Confronting the Seduction of Choice: Law, Education, and American Pluralism

School choice policies, which allow parents to select among a range of options to satisfy compulsory schooling for their children, have arisen from five periods of political and legal struggle. This Feature considers the shape of school choice that emerged in the 1920s ed…

Tinker’s Tenure in the School Setting: The Case for Applying O’Brien to Content-Neutral Regulations

Popular Constitutionalism, Civic Education, and the Stories We Tell Our Children

Is There a Place for Religious Charter Schools?

The Individuals with Disabilities Education Act (IDEA) has been widely celebrated for providing millions of disabled children with broader educational and life opportunities. This Note seeks to improve the implementation of the IDEA by questioning one of its key assumptio… 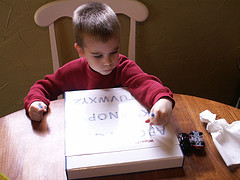 Next week, the U.S. Supreme Court will hear argument in Morse v. Frederick. At issue is whether a public high school principal violated a student’s First Amendment rights by suspending him for displaying a banner reading “BONG HiTS 4 JESUS” at an outdoor school rally for the 2002 Winter Olympi… 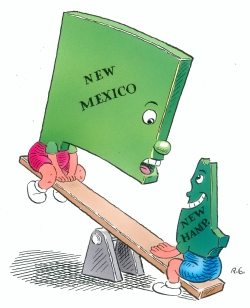 Equal Educational Opportunity and the Federal Government: A Response to Goodwin Liu

Goodwin Liu’s inspiring article mines a rich vein of the history of American education. He revives and re-interprets congressional attempts to create a national system of public schools in the years following the Civil War. Professor Liu’s work is a signal contribution to the national movement f…

A Response to Goodwin Liu

Professor Liu’s article convincingly shows that the Fourteenth Amendment can be read, and has been read in the past, to confer a positive right on all citizens to a high-quality public education and to place a correlative duty on the legislative branches of both state and federal government to pro…

In two articles—one recently published in this Journal and another forthcoming in the NYU Law Review—Professor Goodwin Liu argues that the federal government should play a greater role in financing public education, should distribute more fairly among states its funds targeted to the neediest sc…

For disadvantaged children in substandard schools, the recent success of educational adequacy lawsuits in state courts is a welcome development. But the potential of this legal strategy to advance a national goal of equal educational opportunity is limited by a sobering and l…

This Note applies agency costs theory to explain charter schools' use of for-profit and nonprofit forms, and to suggest ways to make charter school regulation more sensitive to the differences between these forms. Borrowing from Henry Hansmann's "contract failure" theory of …

Early decision admission programs--which allow a student to receive early notification of admission in return for a commitment to attend a particular institution--enjoyed explosive popularity at America's institutions of higher education in the 1990s. Schools use the programs…

Forbidden Conversations: On Race, Privacy, and Community (A Continuing Conversation with John Ely on Racism and Democracy)

More than ever, urban school systems are segregated by race and class. While a chief cause of this segregation is the flight of white and upper-middle-class black families from predominantly black public schools, there is little discussion of white flight in contemporary edu…

Race as Mission Critical: The Occupational Need Rationale in Military Affirmative Action and Beyond

In Grutter v. Bollinger, the much-anticipated case challenging affirmative action practices at the University of Michigan Law School, the Supreme Court held for the first time that "obtaining the educational benefits that flow from a diverse student body" represents a compel…

Private Voucher Schools and the First Amendment Right To Discriminate

At the end of its 2001 Term, the Supreme Court settled one of the most contentious educational debates in recent history, ruling in Zelman v. Simmons-Harris that the inclusion of religious schools in a state school voucher program did not violate the Establishment Clause of t…

Renting Space on the Shoulders of Giants: Madey and the Future of the Experimental Use Doctrine

The experimental use doctrine in patent law protects alleged infringers who use patented inventions solely for experimental purposes, such as testing whether a device functions as claimed or re-creating a process to observe its effects from a scientific perspective. The judi…

The Political Economy of School Choice

This Article examines the political economy of school choice and focuses on the role of suburbanites. This group has re- ceived little attention in the commentary but is probably the most important and powerful stakeholder in choice debates. Suburbanites generally do not sup…