Building a Law-and-Political-Economy Framework: Beyond the Twentieth-Century Synthesis

Current crises of economic inequality and eroding democracy require us to move beyond legal orientations that prioritize efficiency, neutrality, and apolitical governance. This Feature suggests new orientations and questions for scholarship on “law and political economy” that instead foreground real…

The Law of Informational Capitalism

The Continuum of Excludability and the Limits of Patents

In IP scholarship, patents are commonly understood as more efficient than other approaches to innovation policy. Their primary ostensible advantage is allocative: as a form of property rights, patents act as a conduit between market signals and potential innovators, ostensi…

Linking Ideas to Outcomes: A Response

It is a distinct pleasure to have the chance to respond to the insightful commentaries of Peter Drahos, Ruth Okediji, and Tomiko Brown-Nagin. I find much to agree with in each, but I will focus on a few areas of divergence in the hope of clarifying our differences. Drahos’s work on the role of id… 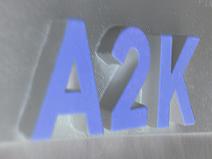 Intellectual property law was once an arcane subject. Today it is at the center of some of the most highly charged political contests of our time. In recent years, college students, subsistence farmers, AIDS activists, genomic scientists, and free-software programmers have…

Title VII of the 1964 Civil Rights Act, as it has been interpreted by the courts, is an uncompromising statute. It bars adverse employment actions taken on the basis of race, color, religion, sex, and national origin, with only one exception: in cases where an employer can …

In 1994, Congress passed a law commonly known as the Solomon Amendment, threatening universities and law schools with loss of federal funding if they deny or effectively prevent military recruiters from accessing campuses and directory information about students. It was the …